I usually ask one question at the beginning of every workshop I conduct: Which brands inspire you or compel you to do something different?

This is a different ask than the stereotypical opener of “which brands are you most loyal to,” which garners the usual suspects of Apple, Disney and Nordstrom, among others. They are typical, but not overly insightful into what brands are having an impact now. I’ve been keeping track of the answers I’ve heard in recent months, and I want to share some stalwarts and surprises. 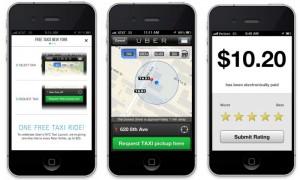 Anyone who has tried to hail a taxi in Chicago or San Francisco knows about this one. Uber has captured and compelled the public’s imagination in transforming the paid transportation marketplace. Here’s how it works. You “request a ride” through their app, which then locates nearby available drivers. The nearest driver is contacted, and once one accepts your request, you are given the name of your driver, the number of the taxi that is headed your way, and an estimated arrival time. When the ride’s completed, you are charged an “average neighborhood donation” (which is typically cheaper than the comparable taxi fare), based on time and distance. You “pay” your fee through a credit card that you have filed within the app, so there is no cash necessary, ever. Uber is different in that it features private drivers as well as dynamic pricing, which takes into consideration the usual time and distance, as well as ride demand (no one’s happy about Uber-ing at 2 a.m. on a Sunday morning). Through Uber, you can request a taxi, a town car or an SUV. One of my favorite quotes from a recent workshop participant was, “I never thought it would annoy me so much to have to stand and hail a taxi in a city where Uber is not available.” 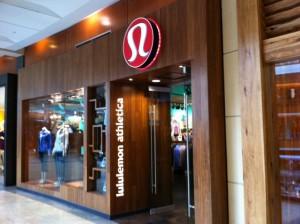 I have not been with a group of brand junkies within the last year without Lululemon coming out as one that inspires women on so many levels. Quite simply, this brand has become as experiential a lifestyle brand in the last five years as any brand out there. It leads the dialog on yoga and working out and has actually transformed fitness into a spectator sport with high end clothes that woman feel secure wearing, don’t mind shelling out top dollar for and readily admit that the clothes are as much for them as they are for those looking at them. Lululemon has become a $10 billion mainstream brand that seems to know no limits. 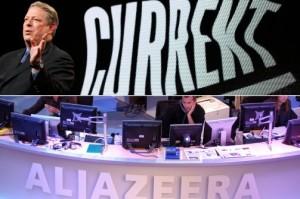 Al Jazeera continues to come up as a brand that is compelling others to see what the big deal is – and it is a big deal. This award-winning broadcaster and documentary producer has won tremendous influence for circumventing censorship and dedication to unbiased news coverage on a global basis. And all this despite its ownership, which until 2011 was the government of Qatar. Observers from news magazine Salon.com to U.S. Secretary of State Hillary Rodham Clinton have given it high marks for surpassing the U.S. media in its coverage of the 2011 Egyptian protests, with overall news coverage notable for being more informative and less opinionated than American journalism. With Al Jazeera’s acquisition of Al Gore’s Current cable network, its brand of journalism will get that much more exposure and likely continue to inspire. 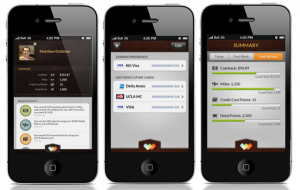 This one recently popped onto my radar after a few different participants in financial services workshops brought up the Wallaby app, which helps you answer the question: “Which card should I use?” Quite elegantly, Wallaby keeps track of all the different rewards offers for each of the credit cards you own.  Each time you swipe your Wallaby card, they look at where you are, what day it is, what cards are in your wallet and what your preferences/goals are for collecting rewards.  By continuously getting smarter, Wallaby is able to determine the best card for you for each purchase and then forwards that transaction on to that card. You can literally leave all of your cards at home, leverage Wallaby for a small fee and let it help you make reward decisions that are consistent with whatever you are working toward. Due to privacy concerns, this is not for everyone, but it is still a pretty great concept and a brand that is compelling enough to at least warrant a closer look.

Inspiring and compelling brands outperform others on three fronts to win the hearts and minds of customers: creating emotional engagement, delivering exceptional experiences and filling voids in the marketplace that other brands have yet to see.

This post originally appeared on the Forbes CMO Network on Scott Davis’s blog, The Shift. To read related thinking from Scott on Forbes, follow his blog here.

Building Brands That Win in the Market

How Five European Brands are Winning Over U.S. Consumers